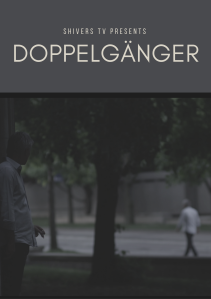 Dopple-ganger is a worldwide phenomenon originating in Germany it means that a person has physically seen themselves in the same reality.

The film questions the previous theories of this paranormal event through a university professor whom has been seeing his dopple-ganger for years. 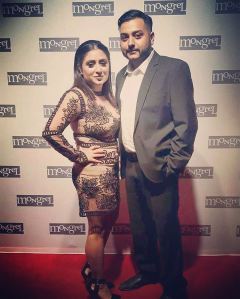 Sarvan Singh is a Writer, Producer, and Director. He is operating Dalewood Productions since 2010

Sarvan Singh has always enjoyed filmmaking. In fact, by the time he was 4 years old, he had already been acting in student films . Soon afterwards Sarvan Singh began writing, filming and directing his own films. Now he is a 2008 graduate from the Toronto Film School; a Film Director for Dalewood Productions, Music Video Director for Planet Recordz and Producer at Sunshine Films.

“I got into this line of business when I was 11 years old when my mother was producing her first feature film. I would sneak onto the editing computers late at night, and edit my own version of the film. I would quickly delete all history and my work… so no one would find out. Eventually I started editing clips I found on the internet”.

“My favourite part of being a filmmaker is telling exciting, meaningful stories, because it allows me to express my views and beliefs.” “Making a film is almost a surreal experience, like playing a sport and your in the final quarter. It takes a lot of mental stress to make a movie and can be exhausting emotionally and physically. I treat my audience with a great deal of respect, I put everything into every film I make and don’t take for granted how lucky I am to be doing this for a living.”