Artificial Intelligence Analyst Peter and his Artificial Intelligence Software, Laura, are tasked with reviewing incident reports involving their company’s software. This includes police reports where the AI’s recorded memory needs to be reviewed for the case file. Using the memory recording technology that comes standard with all AI programs, Peter and Laura are able to enter a physical simulation of their clients memory.

They receive a murder report involving two people equipped with their company’s software. Unsure how the victim and suspect are connected, they enter the recorded memories from the time of the crime to assist the police.

Peter quickly realizes that the case they’ve been sent isn’t what it appears to be when the murder report doesn’t actually contain a murder. He works with Laura to troubleshoot possibilities that could have caused the mistake. When there are no signs of an error he is convinced that the case is actually a puzzle that he needs to solve.

His Boss hears that Peter’s actions are putting the entire company at risk and confronts him before he takes things too far. Perplexed as to how he was able to attract the attention of Head Office, Peter turns to Laura to help him analyze the situation. Knowing what he’s done wrong, Laura is afraid of what Peter might do to remedy the situation. Peter slowly deduces what Laura is hiding and he must convince her that they need to rely on each other in order to survive. 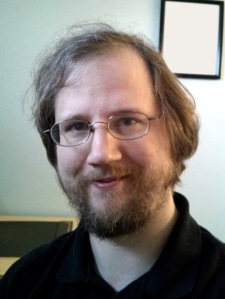 Growing up in Aurora, Ontario, Canada Scott was always dabbling in the arts, even at a very young age. Although he created short videos for school projects throughout Elementary School, it wasn’t until a High School Media Arts class that he learned video could be so much more.

Hooked instantly, he expanded his studies into writing and communication studies to fully grasp what medium was capable of. Confident that video was the correct outlet to express his artistic visions, he enrolled into the Toronto Film School’s Digital Film and Television Production program.

After graduating, Scott fell into a roll of producing and editing short films in Toronto. He also took on the roll of Multi-Media Producer at a local Aurora Marketing and Communications firm where he really honed his technical skills in preparation for directing his own projects. 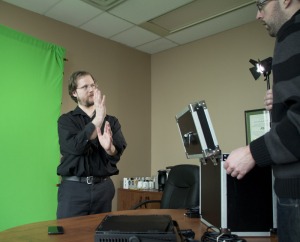