Synopsis:
A young Bengali bride materializes out of the barren, desert landscape like a mirage. She collapses in the dry heat and wakes up in a cowboy’s bedroom. The unlikely pair discover things aren’t always what they seem. 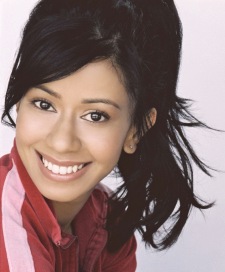 Director Bio
With her infectious personality and unique sense of humor, Pittsburgh native Sujata Day has established herself in Hollywood as a multi-talented actress, creator/writer, producer and director. She honed her comedy skills at Upright Citizens Brigade Theatre, graduating from the improv program. Sujata is known for her starring role as CeCe in Issa Rae’s The Misadventures of Awkward Black Girl. Recent onscreen credits include a recurring role on HBO’s Insecure, Brooklyn Nine-Nine, Life in Pieces and The Grinder. She is a 2016 Sundance | YouTube New Voices Lab fellow. Sujata makes her narrative directing debut with the short film Cowboy and Indian.