Title of the Film: Rewind
Country of Origin: Canada
Year of Production: 2017
Running Time in minutes: 6.22

Tagline:
Three lost souls relive a fragment of their happy past through an alternative therapy.

Biography Jaana:
Originally from Germany, Jaana was educated in Vienna and New York, subsequently travelling the globe for the better part of a decade. Having worked as producer in
various parts of the world, she has cultivated invaluable storytelling. Her short documentary ‘I am a Doctor’ was aired on prime-time television in Canada. She is currently in post-production for her first feature-length documentary. 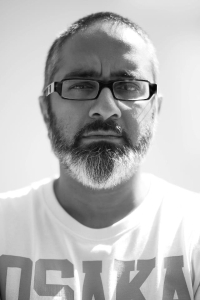 Jazz is an award-winning and internationally acclaimed commercial adverts and music video director. Born in London, England, his creative endeavours have taken him
around the world. His approach to narration is that of a devoted storyteller. After directing several short films, Jazz is currently writing his third feature film.