Synopsis :
Girl Up is a 25 min documentary about a girl who was a victim of domestic human trafficking in Toronto, Canada and her journey to find the courage to fight and get her life back. The documentary sheds light on domestic human trafficking that happens regularly in the first world countries, but no one wants to know or talk about it. This is Shreya Patel’s first film as a Director. 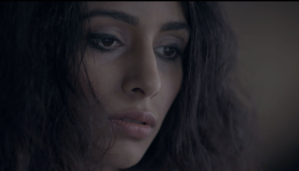 Bio :
Model-turned-actress and filmmaker Shreya Patel has walked the runways of Asia, Middle East and North America and has been featured in numerous fashion spreads, covers, television spots and events. Her interest in storytelling and media led her to complete the post­grad documentary program at Seneca@York. She recently finished directing a documentary film named “Girl Up”, which raised questions about sex work, domestic violence and social injustices. Other directing credits include a fashion film called “One Left” for the Elle Canada Fashion Film Competition. Shreya has also acted in several commercials and short films and is currently looking forward to shooting her first feature in the new year.