Title: Raising the Bar
Premiere: Toronto Premiere | Country: Canada | Year: 2018 | Runtime: 8
Uh oh! Neil Daffodil doesn’t know how to flirt, so he goes on an epic quest to learn the sacred art. Shot on iPhone SE with Filmic Pro, edited in Final Cut Pro X. Audio recorded on a Zoom H5. Special thanks to STACK and Capo Salerno in Toronto. 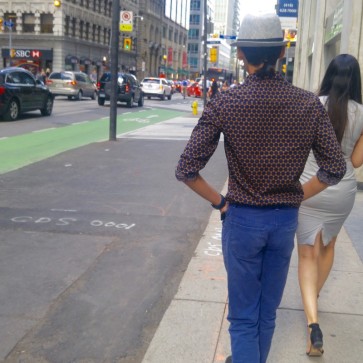 Director:
Satraj Bajaj is an Indian-born Canadian writer/director living in Toronto, Canada. Satraj started his filmmaking career in middle school, making LEGO stop-motion films with his friends during lunch break. He continued on to make several live-action films throughout middle school and high school, and attends George Brown College for Video Design and Production. He is most notable for his fondness of time-travel stories, his obsessive attention to audio clarity and video stability, and his repeated (and ongoing) use of Neel Soman as an actor in his films.