Premiere Status: Canadian premiere
Title of the Film: Where are you From?
Country of Origin: Canada
Year of Production: 2017
Running Time in minutes: 2:27

A short personal Super8mm film produced for the Kodak Challenge.

Sofian Khan (PRODUCER) is the founder of Capital K Pictures and a New York native.  His shorts have appeared on Field of Vision, Al Jazeera, PBS, Fusion, The Atlantic and Huffington Post.  He is a 2016 MacArthur Documentary Grant recipient for his filmTHE INTERPRETER, currently in post.  Sofian’s first feature THE DICKUMENTARY (2014) — a definitive history of the penis from its evolution millions of years ago to today — was acquired by Breaking Glass Pictures in the US, and made its festival premiere at the Atlanta Film Festival. His second feature GAUCHO DEL NORTE (2015), was released shortly after, co-directed with producing partner Andrés Caballero.  The film was a Jerome Foundation grant recipient, following South American shepherds who are recruited to work in the American west. It premiered at the 2015 Big Sky Documentary Film Festival, and aired on PBS’ America ReFramed series.

‘Singh In The Lion City’

Synopsis: ‘Singh In The Lion City’ is a documentary about a Singaporean Sikh man’s
personal quest to decode his cultural identity. This sets him on a journey of self-discovery along a shared heritage trail – which he encapsulates and celebrates via the creation
of an app.

Director: Upneet Kaur-Nagpal
Upneet is Singaporean filmmaker clasped with a nomadic soul. She thrives on the buzz of new experiences and has lived and travelled through diverse parts of the world. Between the dirt and dreams, Upneet remains continually fascinated by people and their lives. Equipped with a desire to refresh tired perspectives, her documentaries find themselves amidst different communities – from Romany gypsies and homeless walking guides in England to low-wage poet migrant workers in Singapore. Her latest film, ‘Singh In The Lion City’ explores themes of diaspora and shared heritage via the lens of the Sikh community in Singapore. She is keen to further explore the world of global collaborations and film/art through her platform, Uptake Media.

Synopsis
Fatima is the story of a young visually impaired girl, plagued by the unkindness of society yet anchored by the strength of her mother’s love, who does not let her dream of being a Judo Olympian concede defeat – not even to the limits of sight.

Akreta is an Indo-Canadian critically acclaimed independent film producer and director. She is a York University film graduate and has made several short films, documentaries, corporate films and music videos. Akreta’s film ‘Elpis’ has screened at festivals like Festival de Cannes and Toronto International Film Festival, just to name a few. She is an active member of the international film festival circuit and has also been on the jury for various film festivals, including the Images Festival, Canada. She loves to explore new cultures and has traversed the globe to bring lost stories to light.

Muhammad Muneeb Khan, a survivor of the 2014 Army Public School Massacre, lost his only brother in the heinous attack. “The Survivor,” a short documentary, follows Muneeb’s inner turmoil, fears, and his individual growth through the post-attack trauma. The documentary is in the form of a personal statement to college. 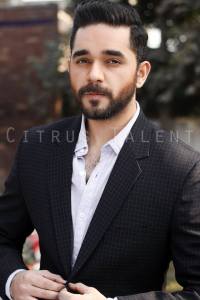 Danial graduated from Lewis & Clark College in Oregon USA with a degree in Rhetoric & Media Studies. He started his media career with internships at Fox News and ABC. Danial returned to Pakistan in 2014 and joined PTV World as a Sports Anchor during which he hosted a show on the FIFA 2014 World Cup. In July he landed the role as anchor of the full fledged show The Young World, which covers youth-related issues in Pakistan. Starting 2015, he’s been dedicating all his time in touching social issues of Pakistan and the Middle East through his short films

“The Army Public School Massacre of 2014 shook the world. Personally, the year itself was very eventful and interesting for me. I left my well-paid job at AT&T in Chicago, Illinois, and moved home to Pakistan to pursue a career in film production. I joined Pakistan Television Network as a sports anchor and earned an opportunity to cover the Peshawar attack for a show I helped host called: The Young World. I had been hearing about terrorism in Pakistan since I was four years old, but the attacks had never really made an impact on me, until I watched the families of the deceased mourn. After seeing their sadness, I felt moved for the first time, and slightly ashamed that I had not been more sympathetic towards my own people for the greater part of my life. After that attack, I changed my focus to research; I gathered information and built stories for the media, which I centered around other tragedies and unfortunate incidents in Pakistan.

Two years flew by and our media was still talking about the attack in Peshawar. They were reporting and re-reporting about the ways the rifled terrorists had entered the Army school and shot 144 kids. I was sick and tired of hearing the same news because it would force me to re-visualize the broken hearts of families, the traumatic sounds of people crying, and the mental and physical pain it had caused many of the survivors. As the media in Pakistan does not recognize mental conditions as an actual ailment, I figured it would be up to me to find out how the families were doing after suffering the loss of their children. I pitched my idea to a couple of companies, as well as the army, to help facilitate and realize my vision, but they had instantly refused and deemed my idea a threat to security. They informed me that the kids who survived were not in a state to be asked such questions, and that the media should be not so emotionally connected to the victims, but I knew they were all just making excuses.

I decided to take the whole project upon myself and track down the kids that survived the attack. After talking to multiple people and networking for connections, I got in touch with Muneeb’s sister, Momina Khan. I traveled to Peshawar for a recce and befriended Muneeb, then spent a few days getting to know him. Gradually, he opened up about what had happened to him and his brother, and how his family was taking it. I used a tape recorder during our conversations to better understand his story, and through further analysis, I realized that Muneeb used video games to better deal with his post-traumatic stress disorder. He later divulged that he would like to build his own video game; a game that would teach kids

how to defend themselves against terrorist attacks in Pakistan. That was the point where it all hit me! Muneeb’s admirable dream would be the foundation of a short film I would direct in order to share his story. Through this incident in Muneeb’s life, I would show the people of our country how hard it is to have PTSD.

Today, I am proud to have helped a survivor better deal with his demons and escape the dark confines of his own mind. He continues to apply to visual arts schools nationally and globally. I cannot wait to see him flourish in his personal and professional life, and set an example for other survivors that are unable to move forward. I am so excited for Muneeb’s dream to become a reality!”

Publications on The Survivor:

As a learned scholar, Thani Nayagam Adigal served as a roving cultural ambassador for the Tamil language and devoted his life to propagate the greatness of Tamil to the whole world. He launched the historic International Association of Tamil Research to popularize the richness of the Tamil language and it’s culture. He attempted to create a worldwide community of Tamil scholars and pioneered the establishment of the International Institute of Tamil Studies. He founded the World Tamil Conference and was the Publisher of Tamil Culture (A Quarterly Journal) from 1952 to 1966. The contribution of his wisdom and experience for the Tamil Language is of immense value.

Documenting and archiving the work of Thani Nayagam Adigal is of paramount importance to the perseverance of the Tamil language.

Senthil Vinu is an award winning Director/Producer. He has produced several short films, documentaries and feature films. His first feature film, ‘Waiting For Summer’ was shown in six International film festivals and has won “Best Picture award” at Film-North Huntsville International Film Festival and Hamilton Film Festival. ‘Waiting for Summer’ is currently available on Channel 100 on Rogers On-DemanD. He recently worked as Line Producer for the film ‘A Gun and A Ring’ which has played in Shanghai International Film Festival and plays in Montreal World Film Fest in August 2013. Senthil is very happy to be involved in making a documentary film on a great scholar like Thani Nayagam Adigal.

Written and Directed by Ryan Singh

Director will be available for Q&A after screening

Ryan Singh is a Photograher, Filmmaking, Actor and Producer.

She was a star during Bollywood’s Golden Age; now, she’s an 87-year-old grandmother living in a senior home in Harlem. Daadi is the true story of magic and memory, and the difference between living and being alive. 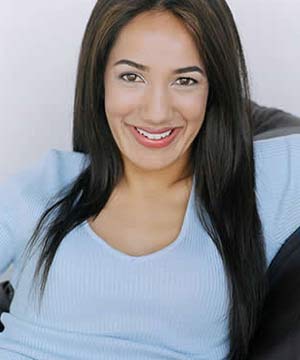 Purva Bedi is an actress of film, television and theater and also a producer of independent film and not-for-profit theater.

As an actress, Purva is best known for her starring role in the cult classic,American Desi, for which she received an Ammy-Award nomination for Best Actress in a Feature Film. Purva’s other films include the award winning, Cosmopolitan, which was critically acclaimed at numerous film festivals and premiered on the PBS Independent Lens series. Purva’s other feature films include Green Card Fever, The Emperor’s Club, Wings of Hope, Ball & Chain,Love ‘N Dancing, Adjustment Bureau and Goat.

As a producer, Purva was Associate Producer and appeared in Kumare which premiered in March 2011 at SXSW and won the Audience Award for Best Documentary. She is Producer on Sameer Butt’s feature Off Duty and Executive Produced the short film Kosu. Purva is Artistic Director and Co-Founder of the not-for-profit New York-based South Asian theatre company Disha Theatre which was started in 2000.

Purva lives in New York with her husband, the novelist and screenwriter David Andrew Stoler.

The award winning MadTatter Films travelled to the world famous TriStar Gym in Montreal to capture a rising star within the MMA world, Gary ‘Saint Lion’ Mangat. Along with The Glass Museum, we delved into the mind of such a focused individual on his journey to the top.

He is a photographer/director/producer/editor and if needs be an actor. No project is too big or too small. From films to music videos to short promotion work, each will have the full time and attention of The MadTatter.

Director will be available for Q&A after screening

Synopsis of the film:

Journey of a miniature Guru Granth Sahib Ji (1 inch cubed), created in the early 1900s on the request of the British High Commission, finds its way to Canada.

Born in India, Ashish arrived in Canada at the age of 7 and currently resides with his family in Oakville.
In the last 5 years, he has taken the lead on various projects including short films, documentaries, music videos and corporate work. Stories close to his heart are the ones which engage the fusion of Indian and Western cultures & values.